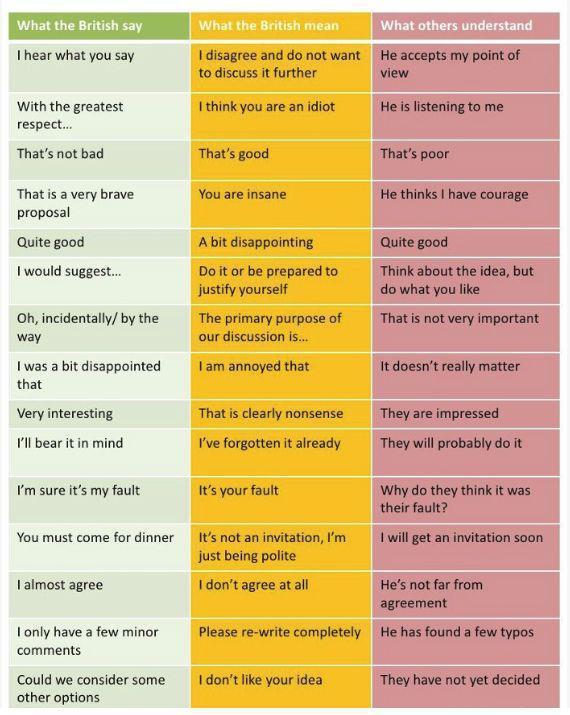 I am trying to learn some Japanese language and culture at the moment, and am definitely seeing similarities to British. Both cultures seem to prefer it if facts are referred to obliquely so as to allow the other person to infer them; direct statements are considered rude and abrasive. Maybe it’s an island thing.

Any comments from the non-British people in my lab? Can you figure out what I am saying?