In 2006-7 I participated in the Royal Society’s MP-scientist pairing scheme. I spent four days in the palace of Westminster, shadowing Dave Anderson MP, attending debates and committee meetings, and learning about how science policy is formed. Later, I visited Dave in his constituency, and Dave then visited our department and saw some of the research that goes on here. Dave and his team made me most welcome and went out of their way to involve me in as many activities as possible. It’s been a great experience and I’d definitely recommend any other scientists who get a chance to participate in the scheme to seize it with both hands.

Dave Anderson is the Labour MP for Blaydon, a few miles from where I live (although he’s not my constituency MP). His professional background is as a miner and social care worker. He moved into politics through union activism, NUM and UNISON. In 2004 he was elected president of UNISON for a one-year term, and in 2005 he was elected to Parliament as a UNISON-sponsored MP.

The photograph of David Anderson and me, at the top of this page, was taken by the Royal Society and is used with permission. The photographs with the eyeball belong to Newcastle University. Photographs of the Houses of Parliament were taken from the public image gallery on Parliament’s website; they are under Parliamentary copyright, but their use is permitted with attribution. Other images used to illustrate this section were made by me. Any opinions expressed on my website are, of course, solely my own, and not those of Newcastle University or the Royal Society. 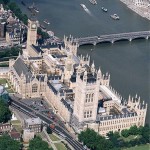 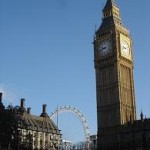 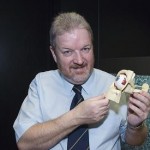 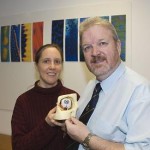 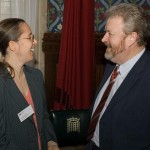