This week I have been working with the problem of trying to add some solidity to my wire frame cubes via putting surfaces on them. Which sounds fairly trivial but has taken me the best part of a week to sort out. Needed to use Screen(FillPoly,…) and enter the coordinates my sph2cart(theta, phi, fancy R) returned. But this in itself raises a problem. Due to the 3D being used and the entire thing being on one plane when it is done, filling raises more problems then it solves, and the back surface can be seen on the wrong size (PTB does nothing for hidden faces, or at least not automatically)

SO it looks like I may have to write a new piece of code, using openGL. Which I would prefer to avoid as it’s a different beast altogether and will take a while. Going to look today at what I hope will be half measures to see if I can find a workaround in PTB. Not too hopeful though!

In other news I have received and setup the active stereo on my laptop. Have to say it looks brilliant and the screen quality is super HD anyway. So have been working with that and seeing if I can adapt matlab so it work in active stereo (managed it for basic matlab codes, not yet for my script). The number of volunteers I am getting from ION database is brilliant and I now have more than enough to do phase 1 and 2. Reluctant to turn any of them away in case I do need more for the power of the stats used. I have also been working on the abstract and presentation for the illusion conference in Leicester in June (excited for that).

Here are a couple of photos of the lab setup for this experiment and what the participant can see through the screen. As is clear, the curtain makes the orientation of the screen plane appear frontoparallel (perpendicular) whereas the other pictures show it is not! 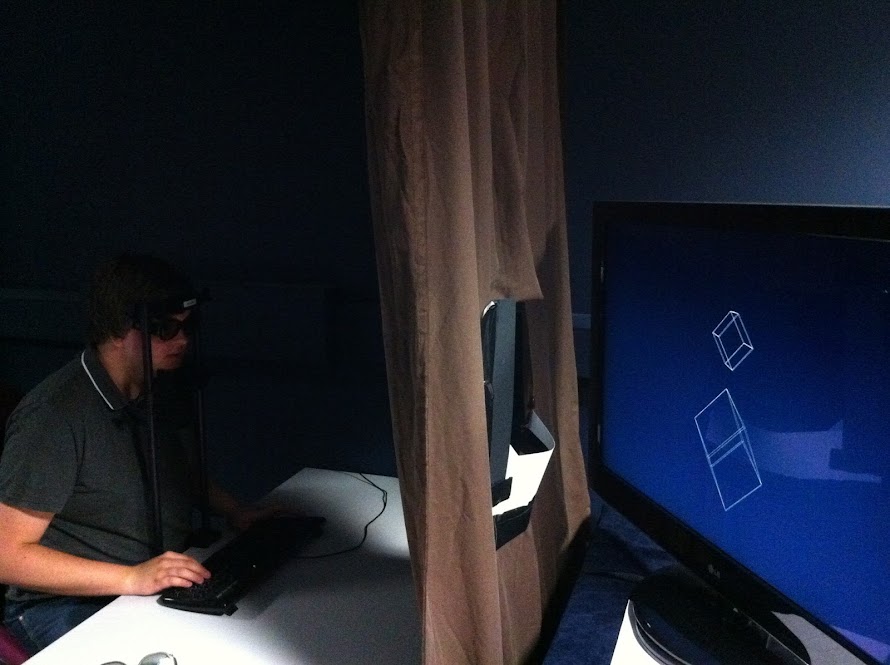 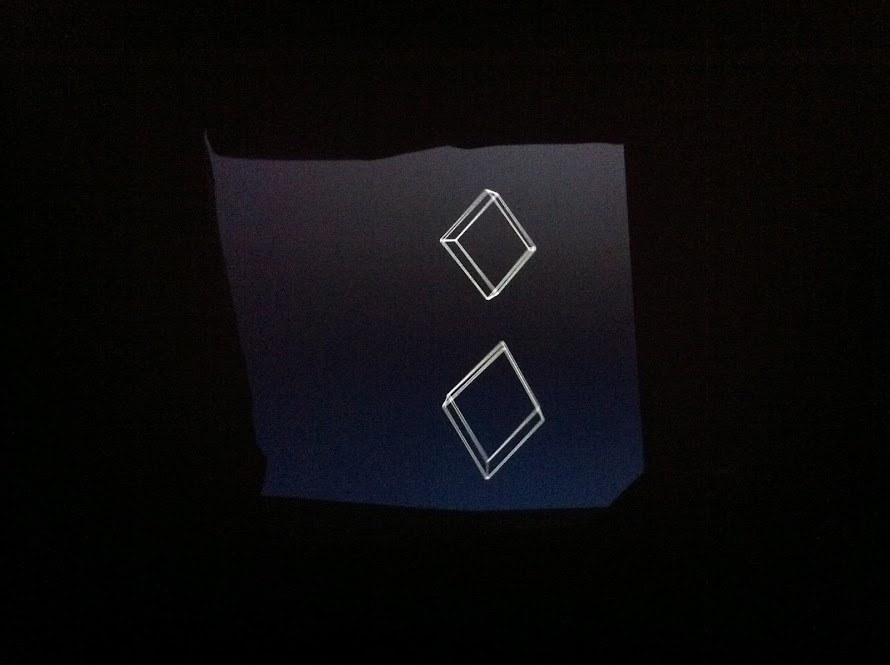 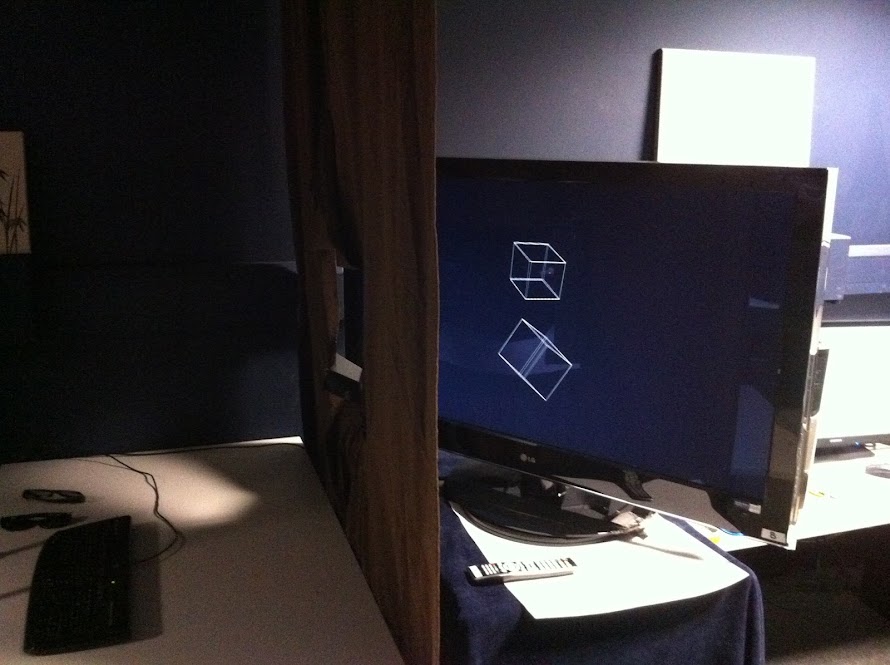