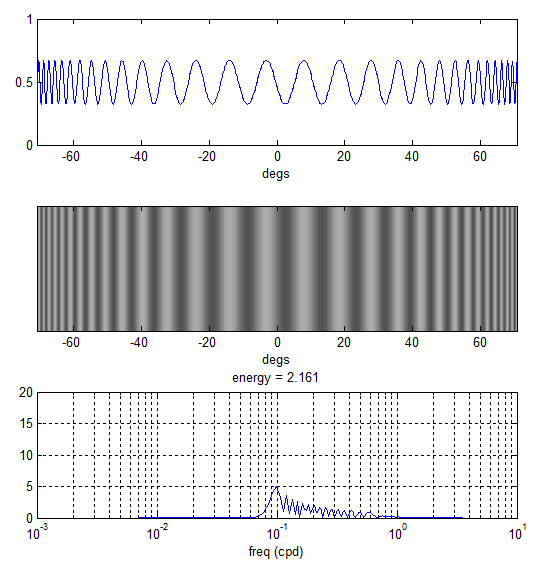 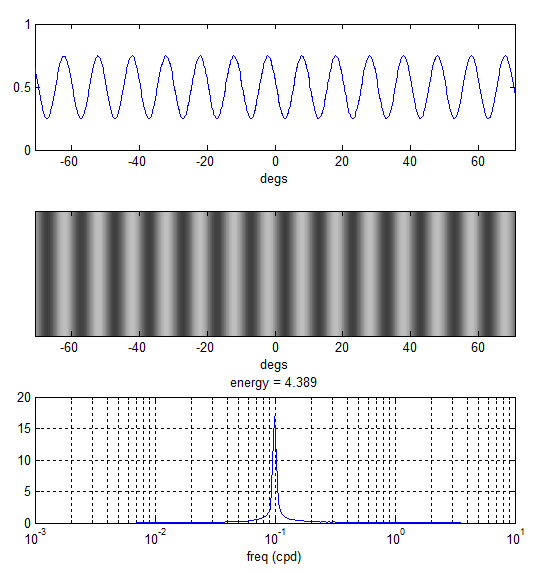 This is about an unusual flickering artefact with LCD monitors that I noticed while working on a visual stimulus. I am posting about this for reference and to share information about what can potentially have a big impact on psychophysics/electrophysiology experiments that use LCDs to render visual stimuli.

The effect can be induced by launching a PTB window and flashing it (painting min/max luminance at alternate cycles) for 30+ seconds. After closing the window, persistent flashing is observed in dark areas across the screen. What really struck me as weird is that this happens *after* closing the PTB window and would not go away after closing Matlab, shutting down the machine or even unplugging the DVI connector (in the latter case you can see the flickering on top of the “monitor idle” box that floats around when the monitor is disconnected). These observations rule out any software/driver/OS issues as the source of this issue and leave only the monitor itself.

Luckily one of the folks on PTB forums seems to know what’s causing this:

It’s the timing and content of your stimulus interfering with the panels LCD inverter cycle, causing a buildup in the liquid crystal, as they only like AC driving voltage over longer periods of time. A known problem in many (most?) LCD panels, due to the way the physics of liquid crystal displays works. Periodic strong contrast changes at video refresh rate like your stim and some other high frequency spatial patterns are especially effective at triggering it.

LCD’s – more ways to screw up your low level stimuli properties than your wildest dreams could imagine.
-mario

The flickering goes away gradually over the course of ~10 minutes (on Dell U2412M) so there’s no permanent hardware damage, just another LCD quirk that you need to be aware when designing any visual stimuli involving persistent flashing!

This is a minimal Matlab script to reproduce this effect:

% exit if any PTB windows are already open

This week we acquired an infrared camera and realized that mantids glow like light bulbs under infrared!

Below are two shots for a mantis using a conventional (left) and our new infrared (right) cameras.

Apart from producing very cool mantis photography, this camera has the added advantage of providing a clear outline of the subject mantis in each trial. This is very useful as a first step towards building video processing algorithms which we intend to use as a replacement for human observers in mantis experiments.

Our lab has taken part in organizing the Camouflage and Mimicry workshop at the British Science Festival 2013 in Newcastle. Lab members Lisa, Paul, Sid and I (although to a much lesser extent) have participated in setting up a number of activities to introduce visiting young students to some of the fascinating visual trickery that living organisms employ to survive.

The workshop activities included a range of captivating presentations, engaging posters, live insect displays, visual illusions and even an actual scientific experiment. Our lovely visitors showed great interest and demonstrated their breadth of knowledge by giving surprising good answers to some of the presenters’ questions.

Below are some photos from the event. 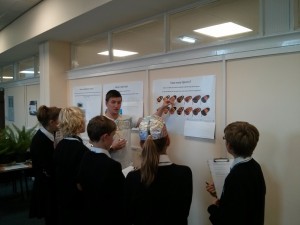 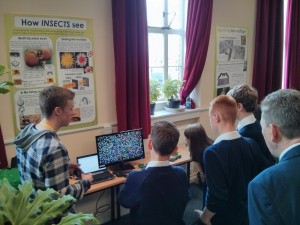 (Above) Paul and Sid showing students that “things are not always what they seem to be”. On both sides of the natural competition between prey and predators; butterflies pose as poisonous species to deter predators and predators use 3D vision to detect an otherwise invisible prey. 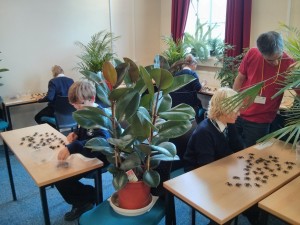 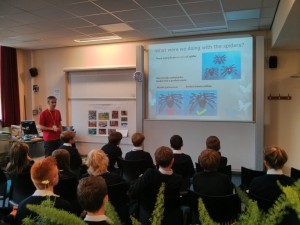 (Above) Corry Gellatly giving students a taste of real science by asking them to “predate” (pick) non-poisonous spiders. Students begin by picking random spiders but later realize that some visual clues can help them in their task. Corry reveals the secret at the end of the experiment and of course … hands the top scoring student a “predator of the day” prize! 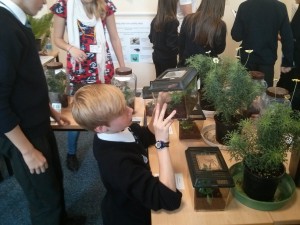 We’re all looking forward to future public engagement events. We hope the workshop has introduced our work and some of the questions we’re attempting to answer to the highly inquisitive minds of the future!