For the past 5 weeks I have been spending most of my time out of the lab, on a works placement/internship with BskyB, the company that part sponsor my PhD.

I have had a fantastic time with the Sky people, and learnt a lot about the intricacies of post production, and also the various compression and editing techniques used by Sky.

While down there I got a chance to work at Telegenic, a camera company that Sky uses for it’s sport broadcast. They showed me the amazing trucks and equipment that they have to use on a regular basis (see below) and gave me the chance to work as an assistant rig tech during the Heineken cup final. I also did convergence for one of the 3D cameras during the Everton vs Man City Premier League game. This involved changing the camera orientation electronically from the truck, to change the interaxial distance (the physical difference between the two cameras), which affected how much depth there was in the scene, and also the ‘toe-in’ of the camera, which determines where in the scene is in the screen plane and what goes in front and behind the screen. Telegenic work with a certain depth budget, and the technology tells you if you’re getting close to exceeding to much depth, or too much in front or behind the screen. That was very interesting. It was also fascinating to learn about the nuts and bolts of the rigs as we stripped one down and cleaned it. I was particularly careful when the guy I was working with explained how much money the different parts were worth!

All in all it’s been a brilliant few weeks away. I got some content for an experiment I’m beginning to code up for and I’m very much looking forward to getting back to science for the next few weeks! 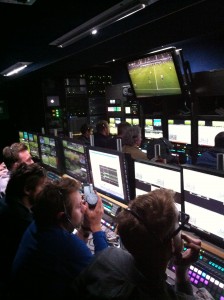 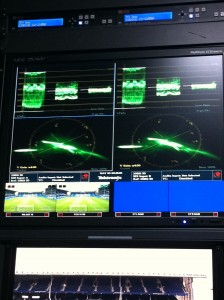 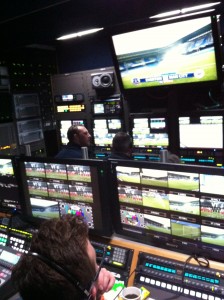 The inside of the truck was very interesting, full of gadgets and gizmos to ensure the picture was as good as it could be. 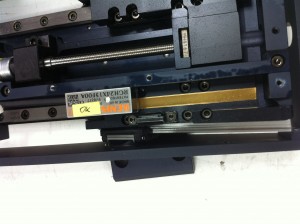 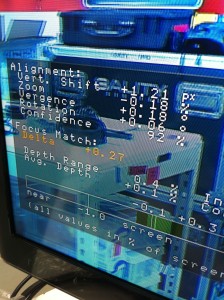 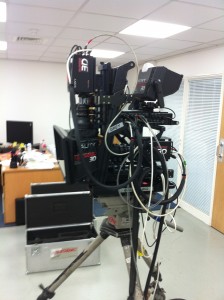 Pulling apart and putting back together the rig was a fun but very scary experience. The gold strip in one of the photos sells at £100 per cm! Lots of money involved in the rigs. The middle image is what happens after cleaning the rig. It is booted up and tested to ensure that all the different pieces work properly, and calibrated to be at optimum performance! 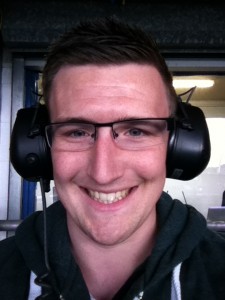 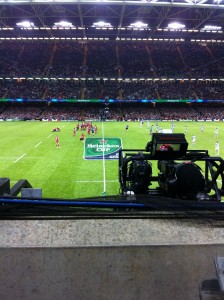 As a rugby nut one of the massive perks of being assistant rig tech (because nothing went wrong with the rigs after set up) was I got to see the Heineken cup final. Even if I did look a bit daft in my ‘radio cans’!

The lab recently had a fun Backyard Brains Spikerbox workshop led by Jannetta Steyn. We wired up a simple circuit to record neuromuscular activity and used an Arduino board to produce a visual display. 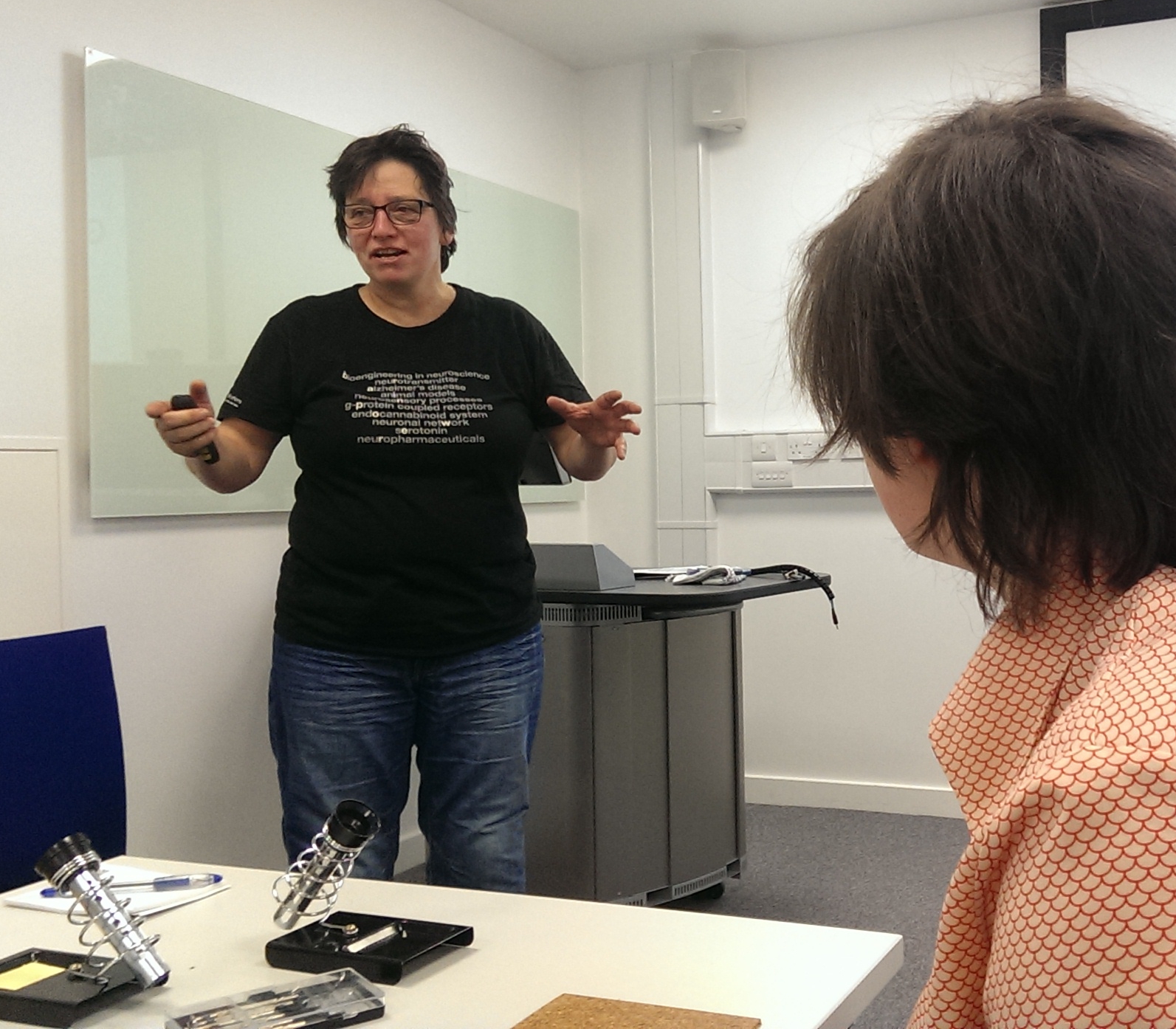 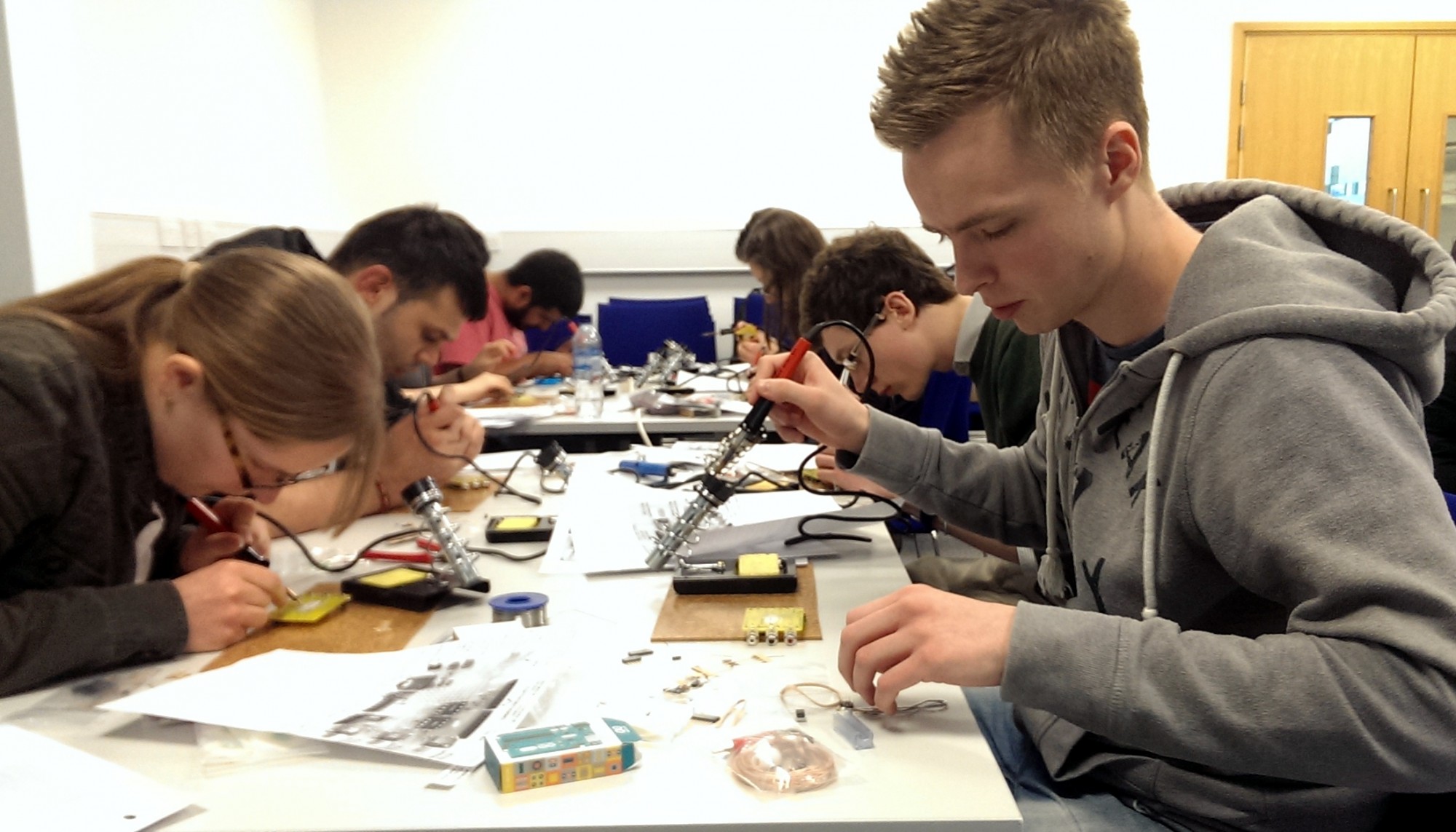 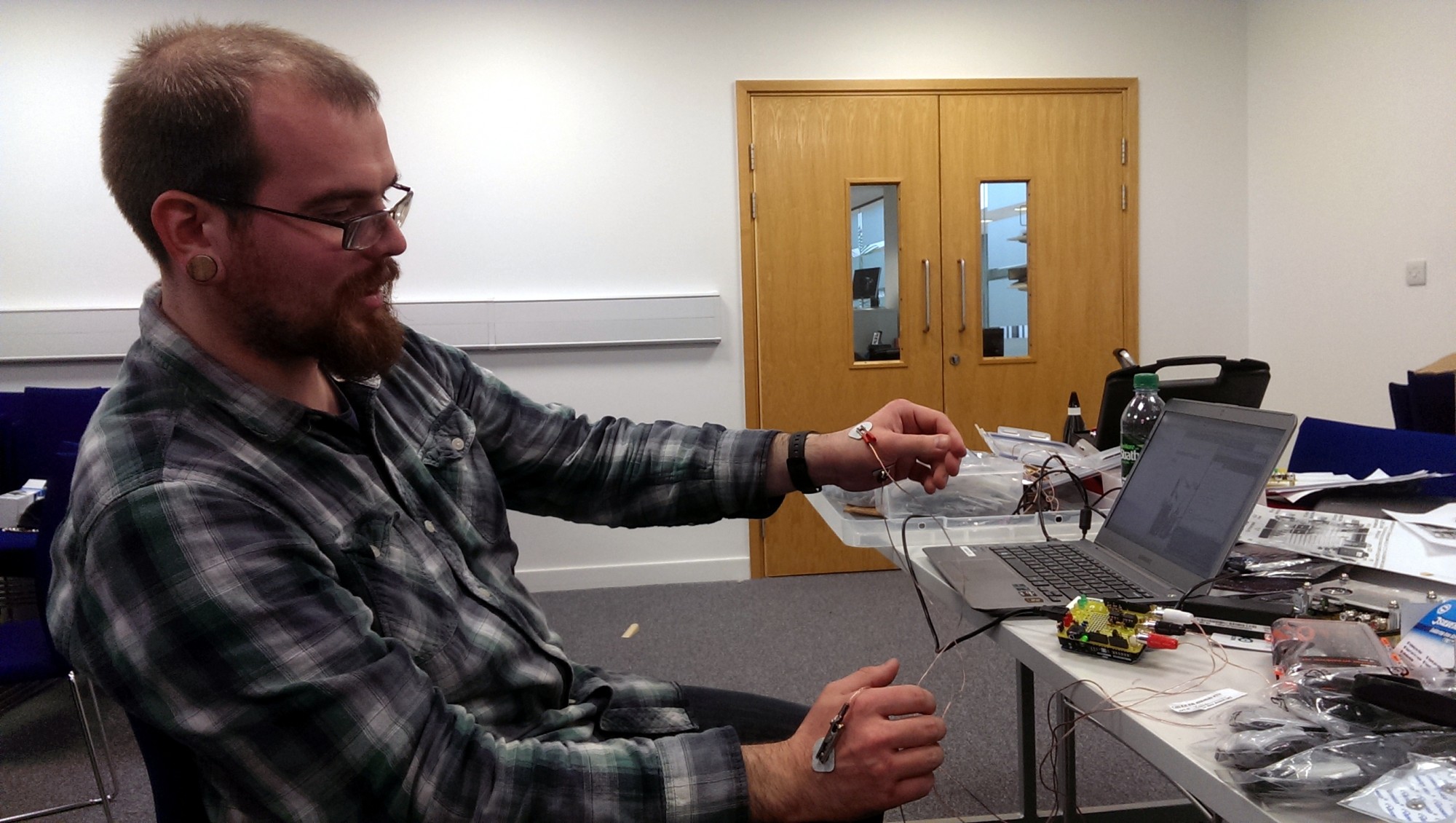 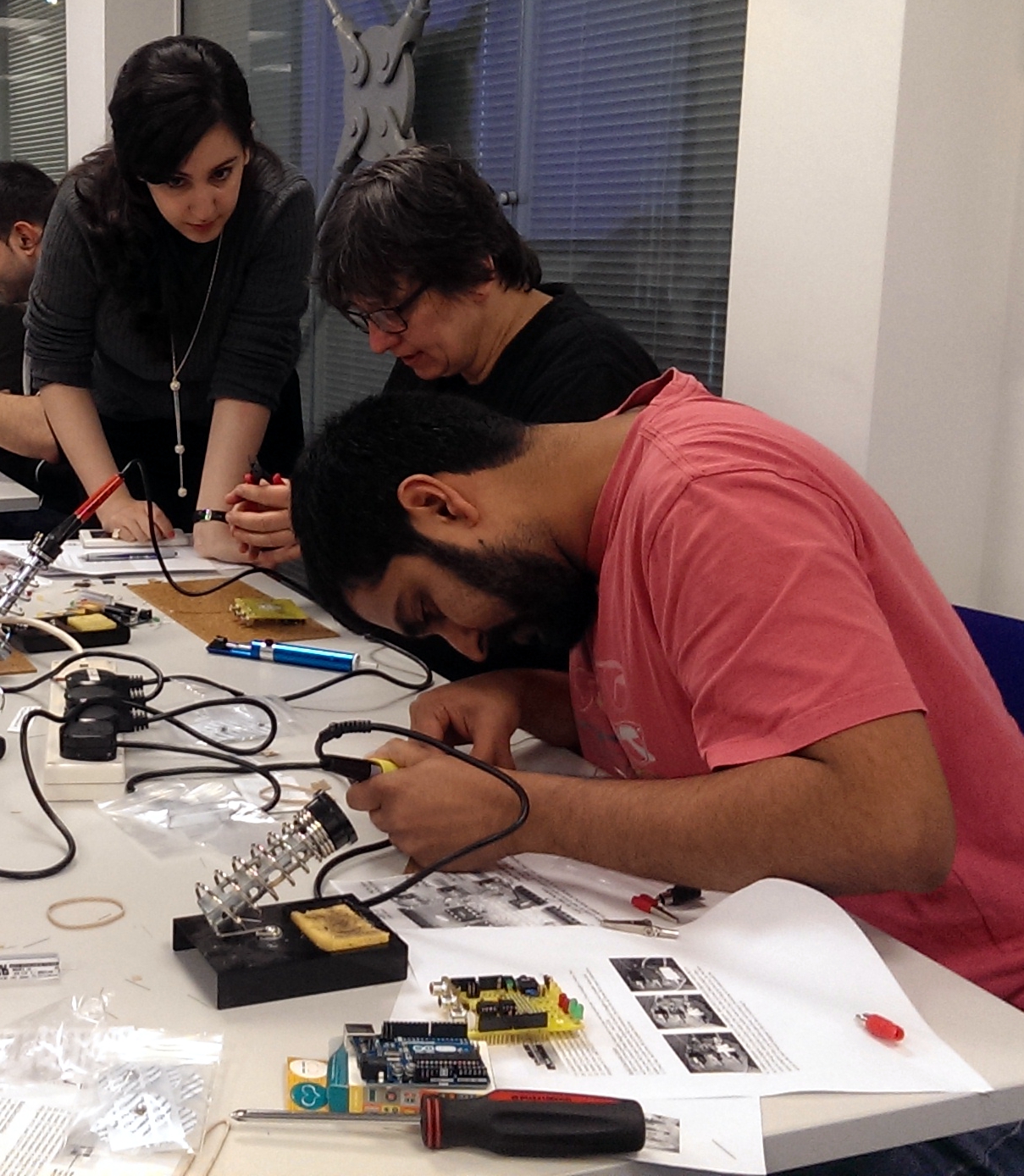 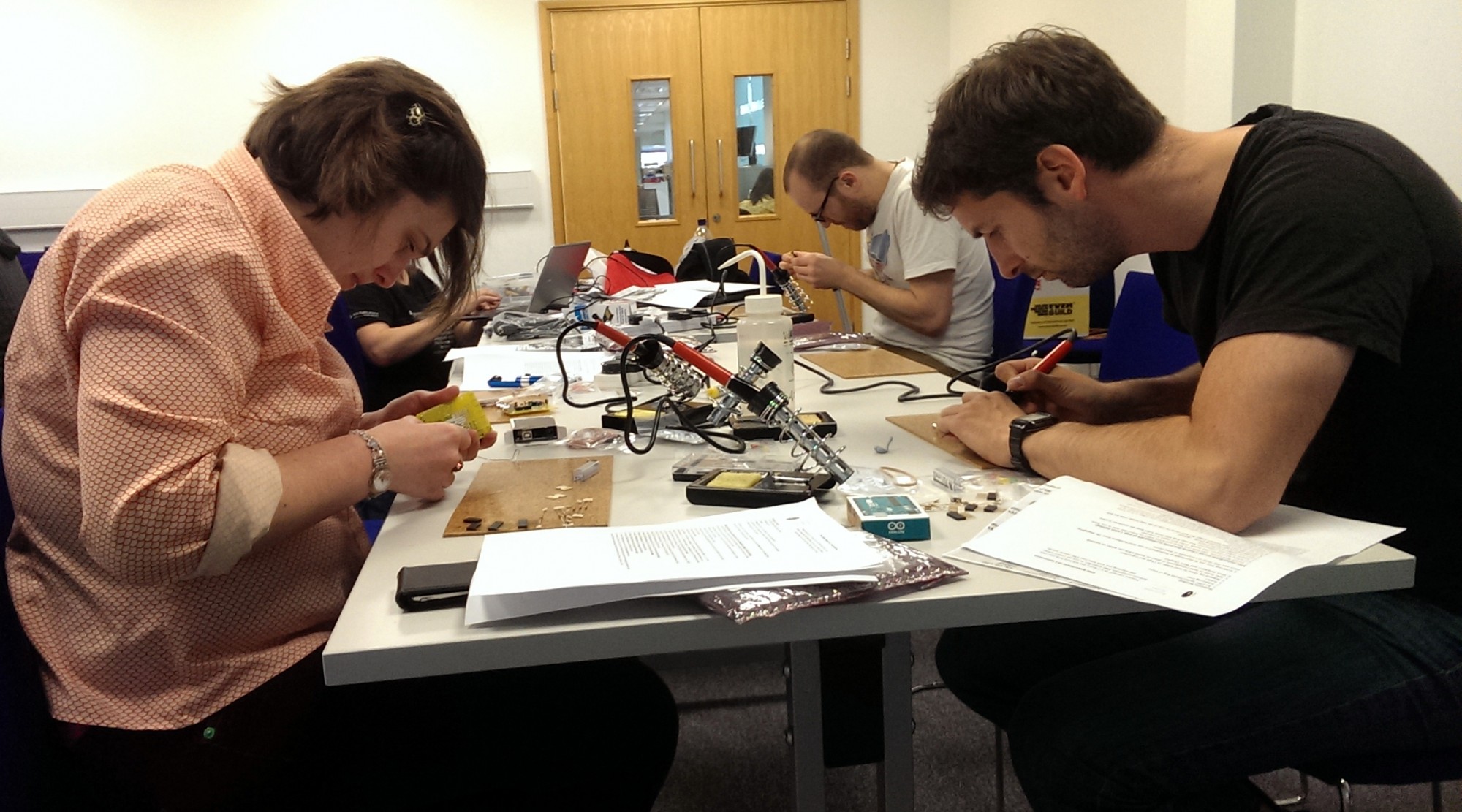 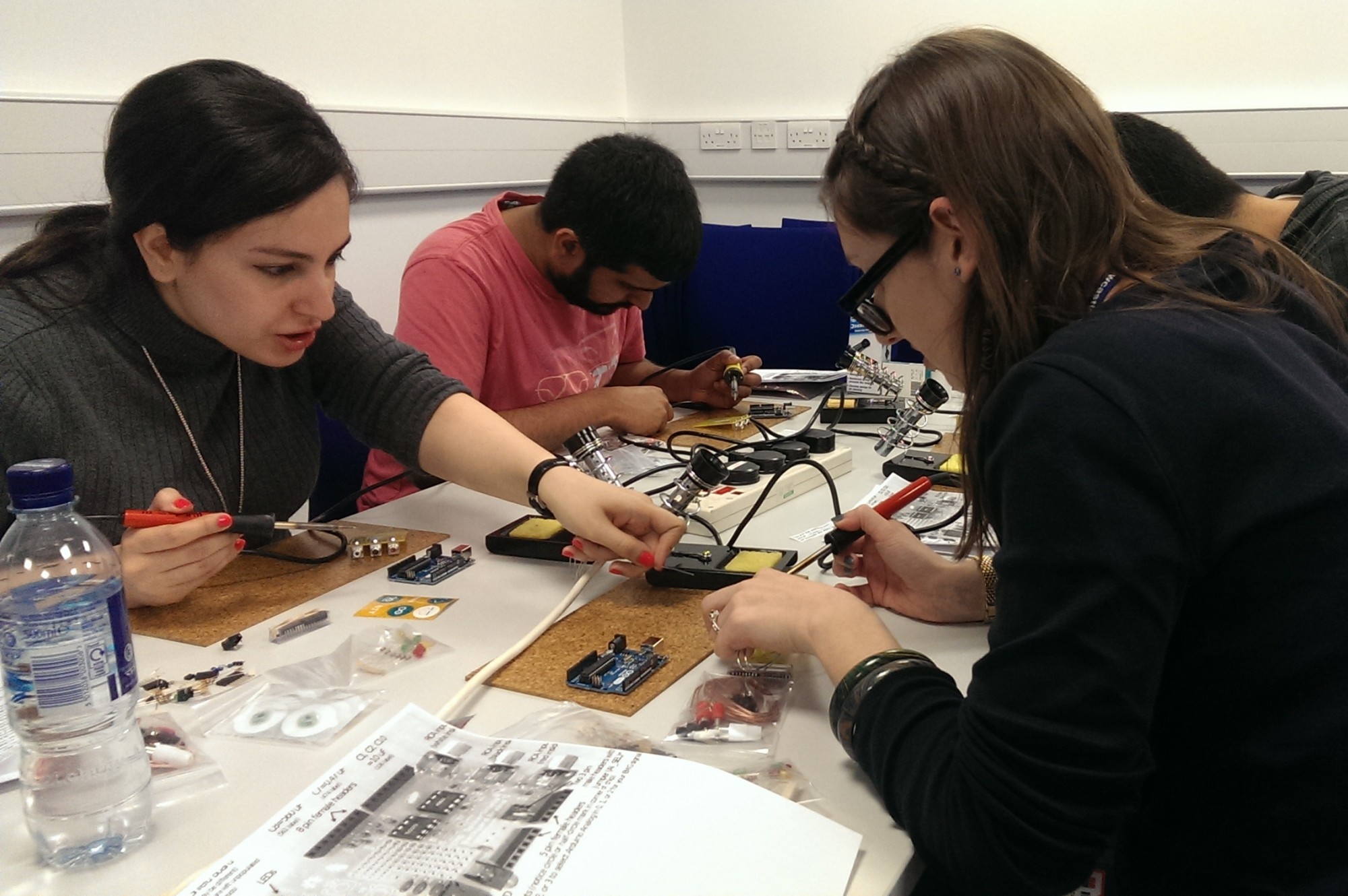